Picture by Salvador Dali, taken from this site 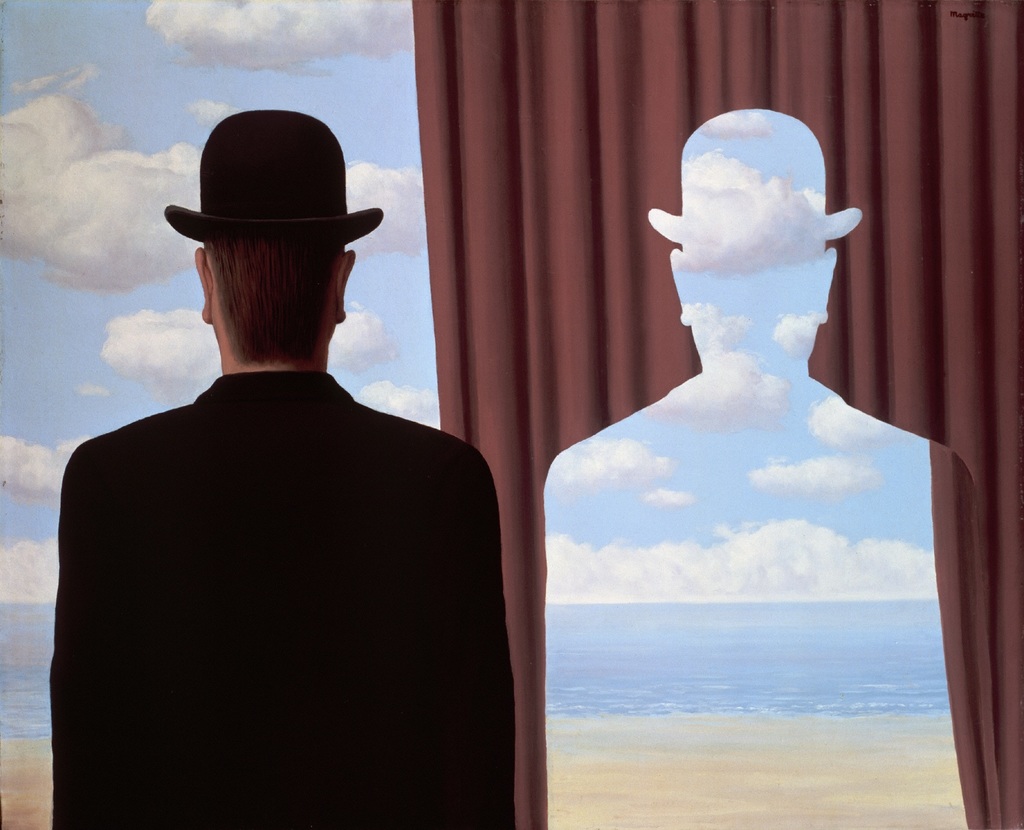 Oneiric Personalism has two sources: – intuition – the experience of the reality of dreams -, and speculation – reflections on the two “aspects” od the Absolute (God and the Self); therefore one of my biggest problems is how to unite these both sources into a metaphysical system. Is it possible at all to bridge this gap?

God cannot be described in words, comprehended by mind, and captured by imagination – this is a conviction shared by a lot of adherents of many religions; nevertless, talking about God in philosophical terms is not entirely pointless, i.a., because it enables to “see” which subtle descriptions and elaborate mental constructs God exceeds infinitely. This way mind gets its share.

Painting taken from this site.

There is no royal viewpoint in philosophy, from which one would be able to assess unmistakenly the value of – for example – metaphysical concepts. No one could take the privileged position – like monarchs from the past who used to overlook battles from the top of a hill.

The cultural background of any thinker, regardless of the epoch they live(d) in, languages they use(d), their life experiences, and physical limitations, are reasons that philosophizing was, is, and will remain more or less conditioned.

Even realizing this very fact is not of much help to philosophers. (Un)fortunately for the rest of the society.

Photo taken from this site.

Ludwig Wittgenstein (1889-1951) was not only a great analytic philosopher but also a person of profound mystical sensibility:

“(6.44) It is not how things are in the world that is mystical, but that it exists. (6.45) To view the world sub specie aeterni (*) is to view it as a whole – a limited whole. (6.45) Feeling the world as a limited whole – it is this that is mystical. When the answer cannot be put into words, neither can the question be put into words. The riddle does not exist. […] (6.522) There are, indeed, things that cannot be put into words. They make themselves manifest. They are what is mystical” (Pears/McGuinness translation of Tractatus Logico-Philosophicus). In German: “Nicht wie die Welt ist, ist das Mystische, sondern daß sie ist. Die Anschauung der Welt sub specie aeterni ist ihre Anshauung als – begrenztes – Ganzes. Das Gefühl der Welt als begrenztes Ganzes ist das mystische. Zu einer Antwort, die man nicht aussprechen kann, kann man auch die Frage nicht aussprechen. Das Rätsel gibt es nicht. […] Es gibt allerdings Unaussprechliches. Dies zeigt sich, es ist das Mystische”.

Wittgenstein seemed to point out in this way one of the philosophical misunderstandings: when a thinker tries to discuss with other people, so with some elements of the world he lives in, about the existence of the world as a whole (even if it would be an infinite whole, I suppose). They are utterly unable to give answers which would be of real importance for him, and he is equally unable to give them such explanations.

I think, it would be similarly pointless to expect from creatures met in a (lucid) dream any valuable answers regarding causes and meaning of the dream. Nevertheless, a conversation of this kind could turn out to be an occasion to gain an insight into the nature of this state. For me, such experience might be verbalized as something along the lines of that: Marcin Dolecki (a reader is recommened to put here his or her name) is one of the persons existing in a dream, just as real as any other, and at the same time the whole dream worlds are being brought into existence entirely by me. Nevertheless, these words are still pretty inadequate to the reality.

The very core of the metaphysical heritage – all recorded attempts to create a general theory of being – is perhaps the most charming and impressive example of futile strivings in the history of humankind. Paradoxally, that`s an important reason why metaphysical texts are worthy of being studied, as the inspiring and thought-provoking beginning of searching for oneself.

Mystical is that what is the most own, unconditionally present, beyond words.

Wittgenstein closed his Tractatus with a famous sentence about Das Mystische: “(7) What we cannot speak about we must pass over in silence” [Wovon man nicht sprechen kann, darüber muß man schweigen].

It would be even more appropriate to say no sentence at all. It has been written down in this post infinitely more than nothing, but this is still nothing, (un)fortunately.

(*) From the perspective of eternity.